2014 will be a challenging tax year for businesses and higher-income taxpayers. The following issues are concerns that may impact you and your company’s tax liability in the new year.

Small Business Health Insurance Credit – The tax credit to small employers (25 or fewer equivalent full-time employees) that provide an affordable health insurance plan for their employees and supplement at least half the premiums, will increase to 50% of the employer’s contribution in 2014, up from 35% in 2013. For non-profit employers, the credit will be 35% in 2014.

Net Investment Income Tax – As part of the Patient Protection & Affordable Care Act (the new health care legislation sometimes referred to as “Obamacare”), a new tax kicked in for 2013 and will continue in 2014 and beyond. It is a surtax levied on the net investment income of taxpayers in the higher-income brackets. And although it is perceived as an additional tax on higher-income taxpayers, it can affect even those who normally don’t have higher income if they have a large income from the sale of real estate, certain business assets, stocks, or other investments. This is on top of the 20% long-term capital gain tax rate now in effect for higher-income taxpayers.

Higher Capital Gains Rates – Beginning in 2013 and continuing for future years, the tax rate for long-term capital gains and qualified dividends has been increased to 20% (up from 15%) for taxpayers with incomes exceeding the threshold for their filing status.

Medical AGI Phase-out – Beginning in 2013 and continuing for future years, a taxpayer’s medical deductions will be reduced by 10% of their adjusted gross income, up from the previous 7.5% (but the 7.5% continues to apply to seniors through 2016).

Possibility of Lower Expensing Deductions – The Sec 179 business expensing allowance for business equipment drops from $500,000 per year to $25,000 in 2014 unless Congress extends the more liberal amount.(1)

Bonus Depreciation Expires – Beginning in 2014, the 50% bonus depreciation for tangible business assets will expire unless Congress extends it.(1) This also reduces the first-year maximum depreciation deduction for business autos and small trucks.

Large Employer Mandatory Insurance Requirement – Originally scheduled to begin in 2014 but delayed until 2015 because the government did not have the reporting mechanisms in place, large employers, generally those with 50 or more full-time equivalent employees in the prior calendar year, that:

o Do not offer health coverage for all its full-time employees,
o Offer minimum essential coverage that is unaffordable (employee contribution being more than 9.5% of the employee’s household income), or
o Offer minimum essential coverage where the plan’s share of the total allowed cost of benefits is less than 60% (i.e., less than the bronze plan coverage),

will be required to pay a penalty if any of its full-time employees were certified to the employer as having purchased health insurance through a state or federal exchange and qualified for either tax credits or a cost-sharing subsidy.

Simplified Home Office Deduction – Effective for tax years beginning in 2013 and continuing for 2014 and beyond, taxpayers can elect a simplified deduction for the business use of the taxpayer’s home. The deduction is $5 per square foot with a maximum square footage of 300. Thus, the maximum deduction is $1,500 per year. Eligibility qualifications are the same whether the simplified or regular deduction is claimed.

Increased Payroll and Self-Employment Tax – As part of the new health care legislation, higher-income taxpayers are faced with an additional 0.9% health insurance (HI) tax. Starting in 2013, and continuing for future years, this surtax is imposed upon wage earners and self-employed taxpayers whose wage and self-employment income exceeds $250,000 for married taxpayers filing jointly ($125,000 if filing separately) and $200,000 for all others.

Phase-out of Exemptions – The phase-out of exemptions for higher-income taxpayers that was reinstated in 2013 continues for 2014.

Longer Depreciation Life for Leasehold and Restaurant Property – The current 15-year depreciable life will increase to 39 years in 2014.(1)

Qualified Real Property Expensing – Congress temporarily permitted the use of the Sec 179 expensing deduction to write off certain leasehold improvements, and restaurant and retail property improvements. Without Congressional intervention, this provision will no longer be available in 2014. 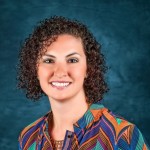 A Certified QuickBooks Pro Advisor, Holly DeVito brings more than a decade of business experience in a variety of industries including Property Management, finance, clothing design, and real estate.

The primary focus of Sum of All Numbers is to provide small business owners with the tools they need to effectively manage their own business financials. Holly and her team provide simple solutions for gathering financial data to guide business owners to so

Interested? Test drive your software in the cloud for 30 days, risk free!

Do the Big Eat the Small? Or the Fast Eat the Slow?

“A Problem Prevents QuickBooks from Continuing”

Are you spending the right amount in Information Technology?