In the Eye of the Storm: How a Disaster Recovery Plan Can Save Your Business-Critical Data 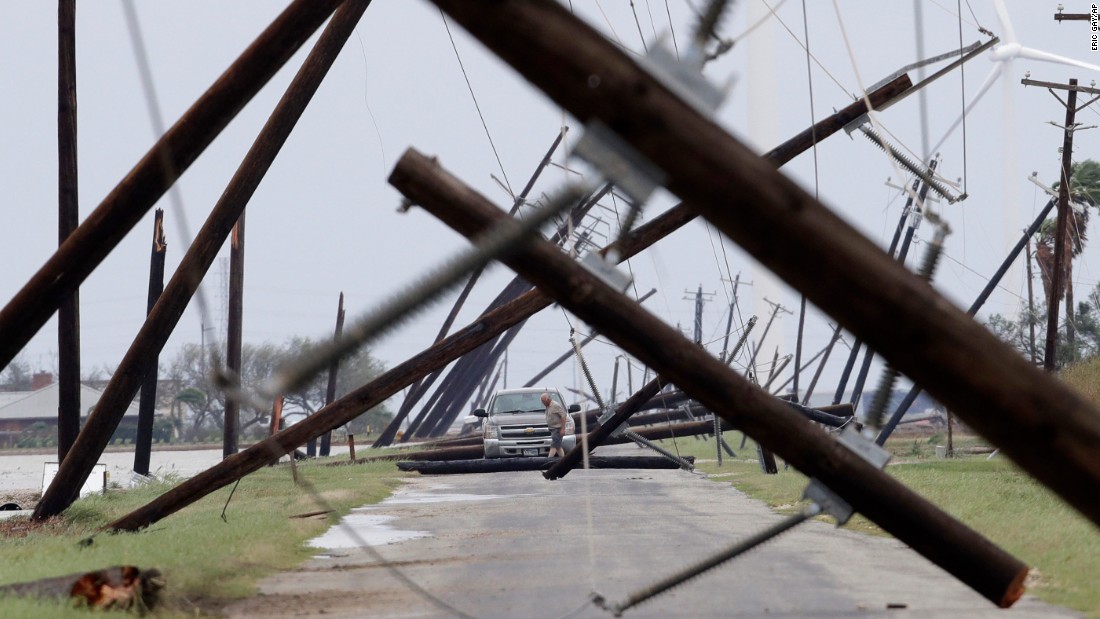 In the Eye of the Storm: How a Disaster Recovery Plan Can Save Your Business-Critical Data

How a Disaster Recovery Plan Can Save Your Business-Critical Data

Our Communications Manager, Ashley Capps, was born and raised in the coastal city of Corpus Christi, Texas, an area recently affected by Hurricane Harvey.

Growing up, we learned quickly about the threat that loomed over our heads as Coastal Bend residents. The warm waters of the Gulf of Mexico that lured tourism dollars to South Texas also brought the threat of devastating storms to our coastal cities and towns.

Our local businesses loved the influx of summer tourism almost more than the tourists loved the beach itself. Families stayed in our hotels, dined in our restaurants, and pumped money into our small town economy. But each summer, the possibility for “the next big storm” lingered. You’d hear the locals gossip over their barbacoa and black coffee: “We’re due for another Celia,” referencing the 1970 category 3 hurricane that devastated much of the city and caused over $930M in damages to the gulf coast. Meteorologists would get worked into a tizzy each time the Gulf of Mexico showed signs of a tropical disturbance, but year after year, Corpus Christi and the coast of Texas seemed to escape the path of destruction.

But this summer was different.

The impact of Hurricanes Harvey and Irma go beyond being open for business. Even if they can open their doors, businesses are stopped in their tracks due to storm induced data loss and downtime.

For businesses who suffered intense flooding or physical office damage, for example, data stored on local machines is at serious risk for corruption or even total loss. Business-critical software platforms and financial data not hosted off site can act as a single point of failure for teams who rely on local computers to run their daily operations. Such a failure could result in a catastrophic loss in revenue on top of the damages to equipment and other business assets.

Unfortunately, this is the case for many small to medium-sized businesses across the coast of Texas. They boarded up, sent employees home, and hoped for the best as the storm made landfall. But a storm-induced data loss affected many businesses, adding days or weeks to recovery efforts due to their inability to access their business-critical data.

Satisfying the need for an IT contingency plan before it’s needed is something not all businesses prioritize – after all, basing a financial investment on a “what if” scenario is a tough sell for businesses without deep corporate pockets. But the cost of downtime is far reaching and can be felt for months after a storm-induced outage.

Preparing for disaster isn’t admitting defeat; it is simply being prepared for the worst possible scenario. The business owners of Texas will be feeling the financial impact of Hurricane Harvey for months, if not years, to come.

“A secondary vendor I work with recommended Trapp Technology as a secondary backup IT company,” says Brian Nuestro of Loftin Equipment and Bay City Electric. “Trapp has helped us virtualize our environment for our main ERP system.” Being a service-based company, Loftin Equipment required an IT services solution that would operate quickly and efficiently to minimize the damaging effects of outages or any other lapse in service.

Similarly, Jurin Roofing realized quickly that limiting their team to locally installed on-site software was detrimental to productivity when inclement weather prevented employees from coming into the office. “Whenever there has been bad weather or sickness, accounting has not been able to work,” explained Rizzo. “They have tried working from home before but had too much trouble setting up a VPN or remoting in to a computer connected to the network.”

It all adds up to a better way to work. “Trapp Technology has made it much, much easier and faster to access a crucial program for us,” stated Rizzo. “Hosting has allowed our whole team to work without stopping, accessing what they need, when they need it from their own work location. And that work location has been expanded to anywhere they need it to be.”

How to Find Your Information Technology Unicorn

Instead of Investing in Hardware, Partner with Trapp